If you missed the event, video below the bio

Featured in “Hidden Figures” book, Dr. Darden’s journey from high school mathematics teacher to becoming one of NASA’s “human computers” featured in the book Hidden Figures: The American Dream and the Untold Story of the Black Women Mathematicians Who Helped Win the Space Race by Margot Lee Shetterly. 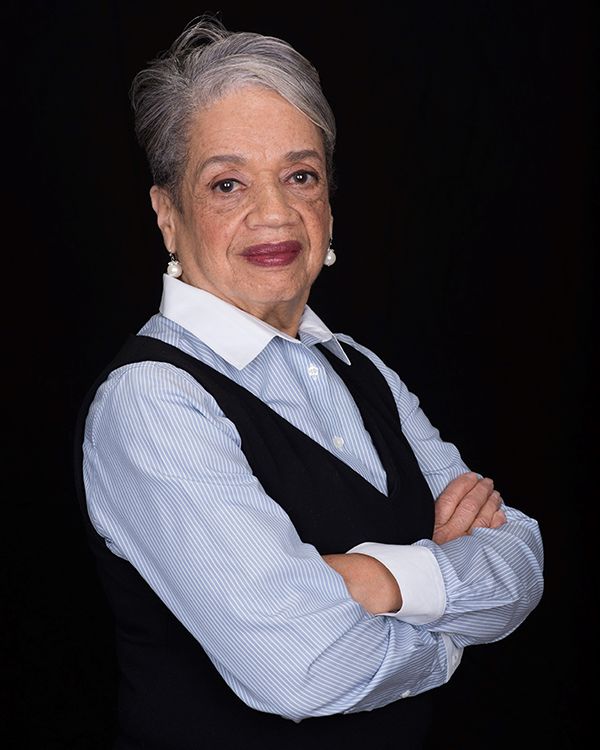 Dr. Christine Mann Darden, a “hidden figure” who was featured in Margot Lee Shetterly’s 2016 book, retired from NASA Langley Research Center in 2007 after 40 years of service. As a member of NASA’s Senior Executive Service, her final assignment at Langley was as director of the Office of Strategic Communications and Education (OSCE). Darden also previously served as director of the Aero Performing Center Program Management Office (APCPMO), as a senior program manager in NASA's High-Speed Research (HSR) Program Office, and for nearly 30 years as an internationally known researcher in high-speed aerodynamics and sonic boom minimization research. Prior to her NASA career, she taught high school mathematics.

Darden is an associate fellow of the American Institute of Aeronautics and Astronautics (AIAA), and a past secretary of its Aeroacoustics Technical Committee. She has also held membership in several honor or technical societies.

Darden and her husband of 55 years, Walter, have three daughters, five grandchildren, and three great-grandchildren.