This Academic Progress for Financial Aid Eligibility policy applies only to applicants/recipients of federal student aid enrolled in one of the credit-hour programs, and sets academic standards which a student must achieve to remain eligible for federal student aid.  A student’s status for financial aid eligibility under this policy has no impact on the student’s status under the general Academic Policies and Standards of Palm Beach State College, or vice versa.  Hence, the academic department responsible for an academic program may establish different and/or additional academic standards as appropriate to the nature and substance of that program. These additional standards have no effect on financial aid eligibility, but may impact a student’s ability to register.

The academic standards are measured each “payment period” as follows:

For purposes of Academic Progress measurement, all issues of grading policy, Grade Point Average (GPA) calculation, attendance, etc. are calculated in accordance with the general academic policies of Palm Beach State College, except as may be noted below.

Academic Progress shall be measured at the end of each academic year (end of the Spring semester).

Accepted transfer credit (including transfers from other programs of study at Palm Beach State College) shall be considered only if the transferred credit is applicable to the student’s current enrolled program of study.  Transfer credit is considered as completed coursework (both attempted and earned) for purposes of this policy.

Return after an Absence

A student who returns after an absence of more than two calendar years, shall be re-evaluated in a manner consistent with a transfer student as noted above.

Students who fail to meet the standards defined above will be placed on Financial Aid Suspension Status, and will lose eligibility for federal student aid from that point forward.  Such loss of eligibility may be subject to Appeal or other actions to potentially re-gain financial aid eligibility (see below).

A loss of eligibility for federal financial aid (Financial Aid Suspension) may be appealed based on mitigating circumstance(s). A mitigating circumstance is defined as an exceptional or unusual event(s) beyond the student’s direct control, which contributed to or caused the academic difficulty.  Some examples include:  the death of a relative, issues relating to the care of a dependent child, an injury or illness of the student, emotional or psychological issues, or numerous other special circumstances.  Appeal letters should be addressed to the Financial Aid Office at your campus and must include a complete description of the circumstances that led to the academic difficulty, how those circumstances have changed, and a plan for future academic success.  Copies of supporting documentation should be included. It is strongly advised that each student filing an appeal meet with a member of the Financial Aid Office staff at his/her respective campus.  The Advisor will assist the student, provide guidance, and suggest appropriate documentation to include with the letter submission.

A form is available for this purpose (Satisfactory Academic Progress – Student Appeal Form) which guides the student through the proper format and documentation for an appeal.  It can be downloaded from the College’s website.  If the appeal cannot be approved at the campus Financial Aid Office, it is automatically forwarded to a committee of Financial Aid and administrative staff (SAP Appeals Committee).  At this time, the student may be asked to submit additional documentation or explanation to the committee which could benefit the student’s appeal review. Decisions of the SAP Appeals Committee are final and not subject to additional Appeal.

Get more information on the appeal process.

Regaining Eligibility Other Than Through Appeal

Students who have lost federal financial aid eligibility may potentially regain academic eligibility by one or more of the following methods: 1) make up the academic deficiencies at Palm Beach State College without benefit of federal financial aid, and/or 2) be accepted into a different program of study at Palm Beach State College, if the re-evaluated student’s record (based upon the courses applicable to the new program) will be in compliance with all academic standards.

Once a student has returned to good academic standing, any previous academic difficulty, shall have no future bearing on the student’s status. Hence, such students will have benefit of all provisions of this policy, including an opportunity to submit an Appeal. 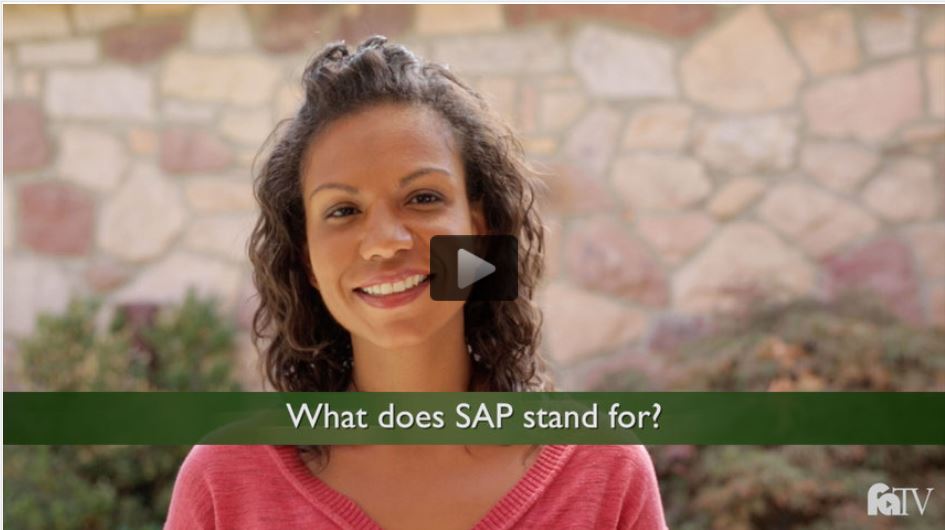 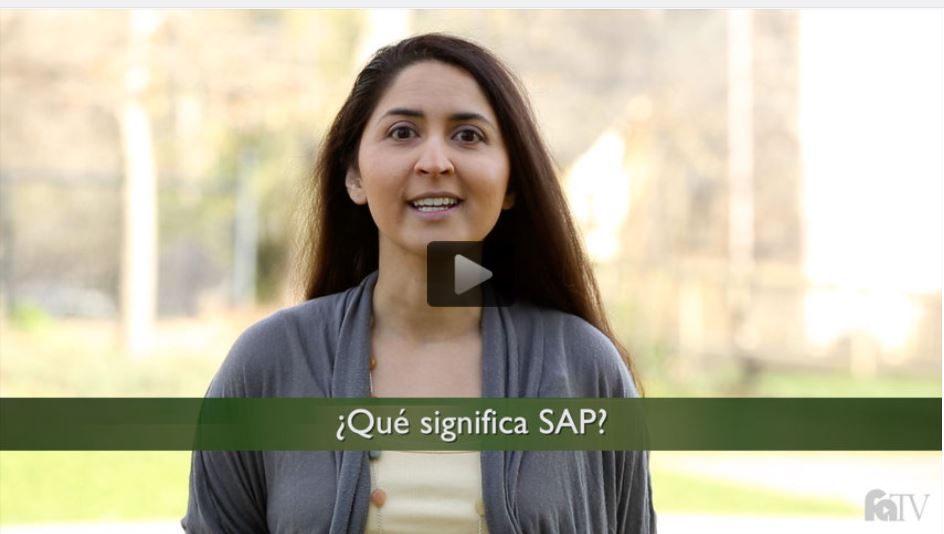 When a student withdraws or his/her enrollment is otherwise terminated, the College will not only calculate the amount of tuition/fees that will be refunded to the student (if any), but also the amount of federal financial aid (aka “Title IV”) that must be returned to the Federal Student Aid Programs (if any). This process is referred to as “Return to Title IV” (R2T4).  The calculation of R2T4 has no relationship to the tuition and fees that the student may be charged by the College. The R2T4 calculation is performed using forms and/or software compliant with U.S. Department of Education guidelines. The return of unearned military TA funds will follow the same guidelines as the Department of Education Title IV funding (R2T4).

If a student withdraws but notifies the College, in writing, of his or her intent to return in a later module in that same semester with 45 calendar days of the original withdrawal, and actually returns for that module, the student is not considered to have withdrawn for purposes of R2T4.  A student who returns in this manner and subsequently withdraws will have their R2T4 calculation based upon the subsequent Withdrawal Date.

Title IV funds are earned in a prorated manner based upon calendar days through the student’s “Withdrawal Date” (see definitions below). After the 60 percent point in the payment period, a student is considered to have earned 100 percent of the Federal Student Aid funds they were eligible to receive for that payment period.

The “payment period” is defined as the semester for credit-hour programs, and one-half of the scheduled clock-hours in one academic year for clock-hour programs.

The Withdrawal Date is the student’s last date of documented attendance (LDA) from the College’s official attendance records.

R2T4 and Return of Unearned Funds

If, based on the calculation, the student has earned less than the amount of Title IV funds disbursed, the unearned funds must be returned. The College must return the lesser of:

The student (or parent, in the case of a PLUS loan) must return or repay, as appropriate:

Refunds are calculated according to applicable federal law and regulation.  All returned funds for which the College is responsible will be issued by the Business Office promptly after the College has determined that the student has withdrawn and the applicable return calculations have been completed. (once the Withdrawal Date has been determined, the refunds and R2T4 calculations and all associated transactions are generally completed with thirty calendar days, but never longer than forty-five days).

Any amount of unearned federal grant funds that a student must return directly is called an “overpayment”.  The maximum amount of a grant overpayment is one half of the grant funds received or scheduled to be received.  While this occurs very rarely, students in this circumstance must make arrangements with the College and/or the U.S. Department of Education to return the unearned grant funds.  Failure to do so will result in loss of future eligibility for Federal Student Aid, and potential other legal actions by the U.S. Department of Education.