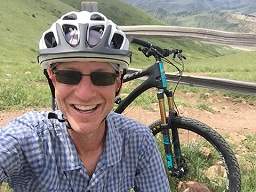 Gabriel Altman had a master’s degree in horticultural science from the University of Florida, but he knew his career needed a reboot. His interest in renewable energy led him to the Electrical Power Technology A.S. degree program, which prepares students to work with the instrumentation and controls used in power generation, renewable energy plants, smart grid systems, aerospace manufacturing and more.

Altman excelled as a student, as well as, a tutor for other classmates. Upon completing the EPT program at Palm Beach State College, his degree and accolades in turn, opened the door to the Community College Internship, sponsored by the U.S. Department of Energy. Altman is the first PBSC student selected for this competitive paid internship. In addition, the DOE gave Altman his first choice of labs at the National Renewable Energy Laboratory in Golden, Colo. 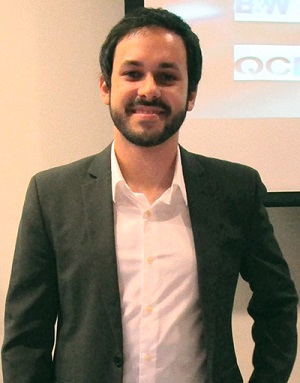 Pedro Borba joined the EPT program in August of 2014, and has excelled in it. Semester after semester he has applied himself and received straight A's in all classes.

When asked, Pedro simply replied that these classes have been relevant to what real-life work looks like, and that motivated him to study and work hard. It has certainly paid off. After a 6-month Instrumentation & Control internship at Sikorsky Aircraft, he was hired as a permanent employee at Sikorsky’ Telemetry Group working as an Electronics Technician. Pedro has been active in classes and in other program activities, volunteering for Science Fair Judging at the School District and SECME competitions. 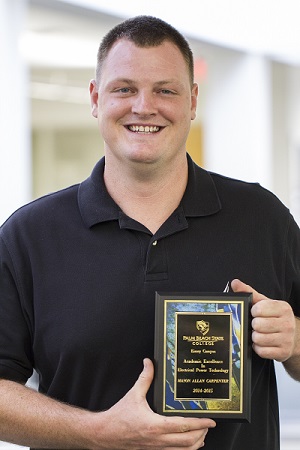 Mason Carpenter is a textbook example of academic excellence: academically curious, hardworking, fully ethical, punctual, responsible, and reliable. Mason has shown these characteristics in the quest for knowledge in the Electrical Power Technology program, both in theoretical classroom knowledge and applied knowledge in the field. Mason has incorporated his military background and experience with his studies to achieve the best possible levels of academic achievements. Working at first in a solar startup company Solar Security, then afterwards working as a power energy transmission system protection and control technician in PowerWright Technologies, all while continuing his education, Mason has found a perfect mix of theoretical and applied knowledge to start himself on a path of successful career growth.

Mason is continuing his career at Lockheed Martin in their autonomous underwater vehicle program. By going through three different industry positions with our partner companies in the field, Mason was able to supplement academic knowledge with real-life experience and successfully advance his career. He is highly regarded in Lockheed Martin.

Mason’s graduation project presentation was on LED Cube. Mason is an inspiration to our students and an example on how hard work pays off. 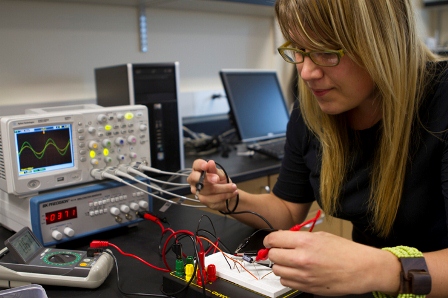 Andrea was highlighted in Perspectives,the College's faculty and staff newsletter. See the article below:

Andrea Trainor is on the right track. A student in Palm Beach State's Electrical Power Technology A.S. degree program, Trainor was recognized as October's Team Member of the Month for her performance in a job obtained through the EPT program's strong business partnerships.

"One of the greatest benefits of the EPT program is that it offers students the opportunity to work in jobs (and internships) related to the program while studying," she said.

Trainor works as an assets management technician for QC Data, an international firm that manages computer data and graphics for utility companies, in this case, the Florida Power & Light facility in West Palm Beach. According to QC Data general manager Tom Carver, "The (Palm Beach State) students that we interviewed for one position were so impressive with their technical knowledge and ability to present themselves that we increased the number of positions so as to incorporate both into our organization. One of those employed is Andrea Trainor, who has been a wonderful addition to our staff."

The EPT program offers science- and engineering-minded individuals a wide range of career choices in power generation and aerospace. Students operate wind farms from FPL's central control room in Juno Beach or work as instrumentation and control technicians in power plants and aerospace companies, to name just a few options. Trainor is one of three women currently enrolled in the program.

"Congratulations to Andrea for this well-deserved recognition. Plenty of successful women are in these fields, and I am very happy that she is on her way to joining them," said Oleg Andric, EPT department chair.

Trainor, who is "thoroughly enjoying the journey," added, "I continue to be amazed at the vast array of possibilities that a career in energy provides. I would strongly encourage anyone interested, including skeptical women, to contact Professor Oleg Andric for more information."

Andrea was recently featured in this "STEAM at Eissey Campus" video.

Raymond Perez was highlighted in the August 15, 2013 edition of Perspectives, the College's faculty and staff newsletter. See the article below:

Raymond Perez is in good company. In July, the Palm Beach State student studying Electrical Power Technology was one of 25 students from two-year and four-year colleges and universities around the world to receive a scholarship from the International Society of Automation.

Associate Professor Oleg Andric, department chair for the EPT program, commented on the tough competition that included both undergraduate and graduate students. Some of the scholarship winners came from Canada, Russia and India and represented universities such as Cornell, Northeastern, Iowa State and the University of Massachusetts. "This is a big honor," said Andric.

As Perez enters his second year in the EPT program, he will be juggling school and his job in Florida Power & Light's Power Distribution department, which plays an active role in the program's Business Partnership Council. Andric referred Perez to FPL after seeing his hard work and great interest in electrical science and automation. Now Perez is working as a distribution technician for smart grid automation. "He applies the latest technologies to automate our electrical grid and make it more reliable, of higher quality and more resilient," commented Andric.

Perez offers advice to students applying for scholarships: "Sell yourself in the application essays. Don't give up, revise your essays and ask for second opinions." 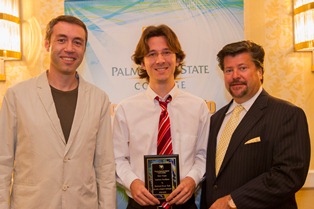 Blaine Burgess embodies all of the characteristics that define the academic excellence: academic curiosity, high work ethics, rigor in knowledge, punctuality, responsibility and reliability. Blaine has shown these characteristics in the quest for knowledge in Electrical Power Technology program, both in theoretical scientific knowledge and applied knowledge.

In addition, Blaine is active in student activities, whether attending and participating in workshops or in energy-related projects. Blaine is always ready to assist his colleagues, demonstrating his fellowship and positive attitude. It is a pleasure to have Blaine in Electrical Power Technology program, always pushing to expand the boundaries of knowledge. 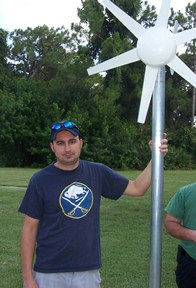 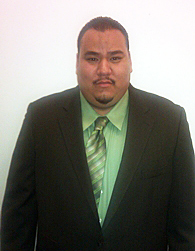 Background: Graduated Palm Beach State College in the summer of 2011 with an AA degree in general studies and AS degree in the Electrical Power Technology program. Edgar successfully completed a Wind Internship at Palm Beach State College which involved analysis of the wind energy available at the Gardens Campus. Upon completion of analysis, two 1 kilowatt wind turbines were installed on location at the campus for research and student use. Edgar was the Energy Club's 2011 Club Member of the Year.

Aspirations: Edgar plans to pursue an Electrical Engineer Degree, which will help him become a leader in the energy industry. 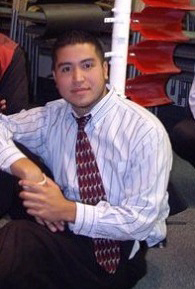 Background: Jason is on track to graduate in May 2012. He has designed and built a VAWT (Vertical Axial Wind Turbine) as a project for his Special Topics in Electrical Engineering class. Jason was also accepted to the summer internship program at Florida Power & Light and is currently working in their distribution department. He has already been a part of some projects within the company, specifically with ESF (Energy Smart Florida) and SCADA (Supervisory Control and Data Acquisition). He is also a member of the Rotary club of Palm Beach and he attended the HENAAC (Hispanics in Science, Technology, Engineering and Mathematics conference) in October of 2011.

Aspirations: Jason is continuing his education in plans of working with alternative resources. He really wants to advance the technologies used in electric vehicles, especially with hydrogen fuel cells. Jason plans on furthering his education by pursuing a BS degree in Mechanical and Electrical Engineering.