LIVE STREAMED! To all other campus locations.

RSVP for the 2020 Celebration 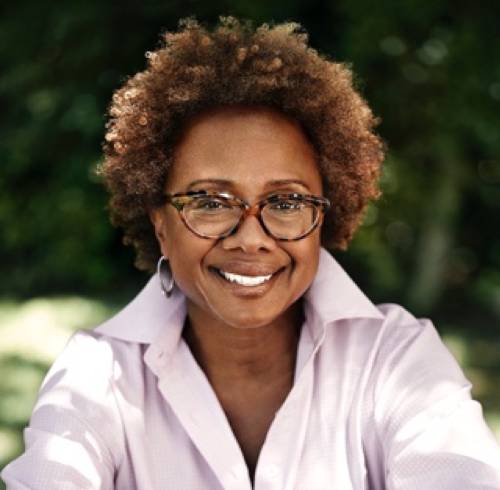 In 2011, she retired from NBCUniversal where she was president and general manager of NBC4 Los Angeles. She also was Los Angeles regional general manager for NBCU’s Telemundo TV stations and vice president and news director of NBC4 New York. Under her watch, WNBC4 Los Angeles earned numerous Emmy, Golden Mike and Regional Edward R. Murrow Awards. Her career as a writer and journalist also led to a 1996 Peabody Award for NBC4 New York’s investigation, “A License to Kill.”

Madison is the granddaughter of a Hakka Chinese man who emigrated as a teen from Lowe Swee Hap in Shenzhen, China to Kingston, Jamaica. He returned to China in 1933 with most of his family. His life and her journey to reconnect with family are the subject of her documentary, “Finding Samuel Lowe: From Harlem to China,” and memoir, “Finding Samuel Lowe: China, Jamaica, Harlem.”

A Delta Sigma Theta Sorority, Inc. honorary member, Madison was named in 2005 as one of Black Enterprise Magazine’s “75 Most Powerful African Americans in Corporate America” and included in the Hollywood Reporter’s “Power 100.”

Madison is the former owner/CEO of the Los Angeles Sparks WNBA basketball team. She serves on the boards of numerous organizations, including the Los Angeles Chinese American Museum, the Center for Asian American Media, the Maynard Institute for Journalism Education, Cardinal Spellman High School, the Greater Los Angeles United Way, and the California Science Center Foundation. She also serves as chair of the Nell Williams Family Foundation. She has served as a director of National Cinemedia, an in theater advertising company.

Madison graduated from Vassar College and served 10 years on its Board of Trustees and four years as president of the Board of Directors of its Alumnae/I Association.