**All dates and performances subject to change.

Celtic Angels Christmas is a joyous celebration from start to finish, encompassing vocal and instrumental Holiday and Irish favorites. Paired with show-stopping world class champion Irish dancing and a fully live band, Celtic Angels Christmas is sure to awe and entertain. Starring the quintessential vocals of Louise Barry, Olivia Bradley, Michaela Groth, Katie Sweeney and Chloe Haven. These dynamic divas enthrall and delight with their jaw-dropping performances and spine-tingling harmonies. The musical arrangements by Peter Sheridan (Cavan, Celtic Thunder) ingeniously marries the old and new worlds with traditional and contemporary Irish and Holiday tunes brought to life by the immensely talented Trinity Ensemble. Hands will be clapping and toes will be tapping. Under the watchful eye of Assistant Director, Sarah Costello (Belfast, ADCRG), the Celtic Knight Dancers seem to defy gravity as they command the stage with their powerful, percussive presence. Written, directed and choreographed by Dublin native, Louise Barry (Dublin, The Diddley Idols/National Theatre), this wonderfully nostalgic journey will have you dashing through the snow to the local snugs of Ireland where a step is expected, sing alongs are mandatory and a good time is had by all. 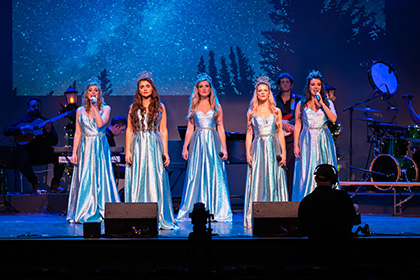 The Latin Divos, featuring Ernesto Cabrera, Fernando Gonzalez and Will Corujo as director and founder, is a pop/opera trio which performs diverse repertoire from opera to some of the all-time greatest songs with Latin flavor. In addition, the Violin and Sax- played by Will, makes them unique in the music genre as The New Latin Pop-Opera with great recognition from audiences in the North and South American regions and abroad. Their repertoire includes the all-time hits sang in Italian, English, Spanish and French that are sure to be a delightful performance. 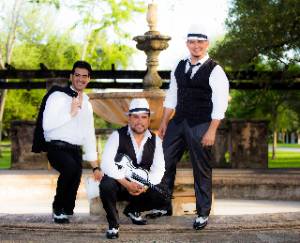 The World of Musicals

“All of the hits in one show” -  an emotional journey through the great world of musicals which will leave you spell bound. Enjoy beautiful and emotional ballads from “Evita” and “Les Miserables”, great favorites from “Dirty Dancing”, “We Will Rock You” and “The Lion King” and hits from the newest musicals such as “Rocky” and “Sister Act”. There’s something in this show for everyone! 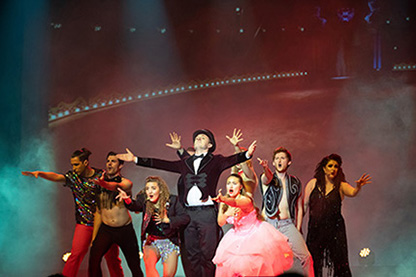 Branden & James bring the soulful timbre of James on his cello combined with Branden's emotional and powerful vocals, creating a sound that leaves audiences feeling moved and inspired. Branden was a finalist on season 8 of "America's Got Talent" and James has performed with some of the biggest stars from around the world. Since forming a duo, they’ve been touring around the world with their innovative, classically inspired pop songs and their undeniable charm and wit. In 2021-2022, they launched a 60-city US tour called The Chasing Dreams Tour to promote their recently released debut album aptly named Chasing Dreams. Shortly after its release, Branden & James were named best unsigned artists in North America by Music Connection magazine. 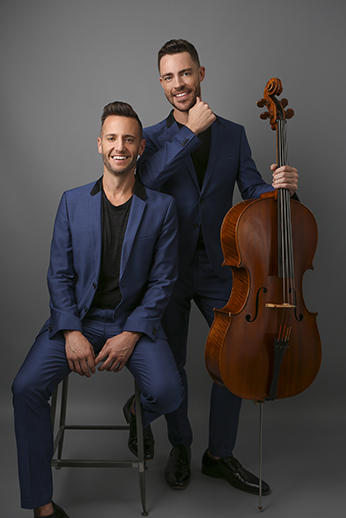 The Sounds of Soul

Get ready to relive the hits of Motown and beyond, as this exciting, high-energy group unleashes superior vocals and slick dance moves powered by pure soul! The Sounds of Soul is composed of six seasoned performers who have excelled as outstanding singers, dancers, and songwriters. Get ready to soak in the hits of The Temptations, The Four Tops, Aretha Franklin, Whitney Houston, The Supremes, Lionel Richie,Tina Turner, Barry White, and more. The Sounds of Soul call the Tampa Bay Area of Florida home and engage in an exhausting performance schedule that has them averaging over 450 shows per year. The Sounds of Soul are a must see for audiences of all ages! 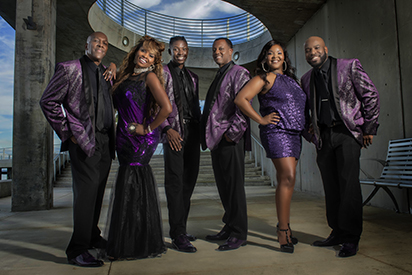