Three events, all beginning at 8 p.m.

$5.00 Handling Fee will apply to all phone, fax and mail orders

Members receive priority seating based on the level of membership
Become a Member Today!

Over the past three decades, A.J. Croce has established his reputation as a piano player and serious vocal stylist who pulls from a host of musical traditions and anti-heroes — part New Orleans, part juke joint, part soul. While his last album, Just Like Medicine, paired him with soul legend Dan Penn and an all-star cast of players, his new album was born of memories — of favorite artists and shows, but mostly, of late-night gatherings with groups of friends, many of them fellow musicians, with Croce at the piano taking requests.

Croce revisits these musical evenings on By Request, 12 personally curated covers that traverse decades and genres, propelled by his spirited, piano mastery and emotive vocals. It’s a tribute to Croce the music fan as well as Croce the musician that both the variety and execution is inspired, aided by a full band and horns.

Stayin' Alive offers to their audiences the songs and sights of a full Bee Gees play list, singing blockbusters such as "Night Fever", "Jive Talkin'", "How Deep Is Your Love", "You Should Be Dancing", "Nights on Broadway", and "Stayin' Alive". In addition, they perform softer poetic ballads such as "I Started a Joke", "Massachusetts", "Fanny Be Tender", "Words", and "To Love Somebody" among other great hits. 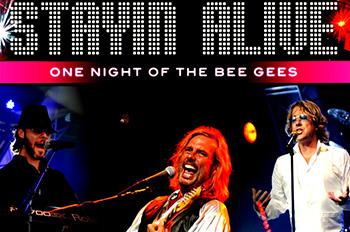 "Stayin' Alive" is the largest and most definitive production of its kind, offering big screen video clips, photos and dazzling imagery. "Stayin' Alive" has played intimate settings as a six piece band and huge venues with a 62 piece orchestra. "Stayin' Alive" is the quintessential tribute band to the Bee Gees, capturing the excitement of live performance and the tender subtleties of the human voice! 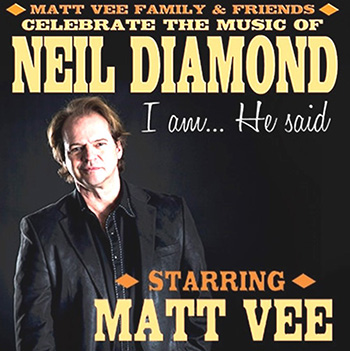 Most notably is Matt's production "I Am, He Said"--A Celebration of the Music Of Neil Diamond, which has played for tens of thousands nationwide.

For all theatre related inquiries: theatreservices@palmbeachstate.edu

All programs, artists, dates and times are subject to change. All series tickets are mailed in October. Sales Tax, if applicable, is included in the ticket price.  All sales are final!

The Duncan Theatre programs are funded in part by the State of Florida, Department of State, Division of Cultural Affairs, The Florida Council on Arts and Culture, The Cultural Council of Palm Beach County, Palm Beach County Commission, and the Tourist Development Council. The Duncan Theatre and Palm Beach State College gratefully acknowledge these partners and founders, as well as the generous contributions from our members and patrons for their support of our year-long series of events.