Outreach and partnerships have been important components of the programming at the DHCAC since it opened in 1982. In 1983, the Center opened its doors to the students of the Glades communities with the Theatre for Schools program. Now called the CAFE series (Cultural Arts for Education), this program usually serves over 1,000 students per year and is offered at a very low cost to the students.

In 1995, the DHCAC held its first week-long residency program with the Missoula Children's Theatre. Local children audition for approximately 50 roles and in just five days, they present a fully-choreographed musical production! In September 2022, the Missoula Children's Theatre returns for their 27th year! Other residencies have included Ballet Folklorico "Quetzalli" de Veracruz, the Caribbean Dance Company of the Virgin Islands, Japanese storyteller Kuniko Yamamoto, Step Afrika!, the Mayhem Poets, the Improvised Shakespeare Company and the Kahurangi Maori Dance Theatre of New Zealand. These projects were made possible by funders like Sugar Cane Growers Cooperative of Florida, the Community Foundation for Palm Beach and Martin Counties, Prime Time of Palm Beach County, the Cultural Council of Palm Beach County, South Arts and the State of Florida Division of Cultural Affairs. 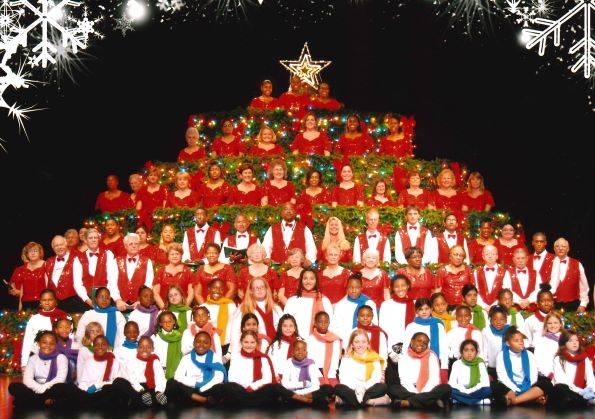 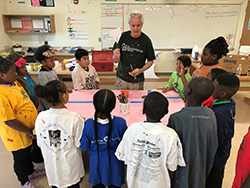 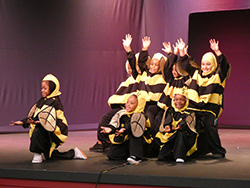 The DHCAC also sends artists out into our local schools for workshops and performances. These artists have included a number of the artists listed above, as well as The Magic of Bill Blagg, Adam Trent, Kevin Spencer, Cirque Zuma Zuma, and Larry Gatlin to name a few.

In 2015-2016, the DHCAC began a three-year grant program funded by the Farris Foundation, providing outreach to local schools to work with the same cohort of students over the three-year period. In year one, The DHCAC purchased books for the students at Gove Elementary and then the students saw the story come to life on the stage at the Center. Kevin Reese and School Sculptures spent a week at Glade View Elementary, working with the students to create a large outdoor sculpture for their school. In year two, the Story Pirates visited Gove and conducted writing workshops with the students, creating original plays that were performed for the entire school on the final day of the residency. Kevin Reese returned to Glade View where every student created their own mini mobile in preparation for the year three project, large scale mobiles for the school’s main entryway…that program took place in December 2017. In October 2017, the Mayhem Poets went to Gove to conduct a three-day poetry writing residency. The grant was extended for a fourth year in 2018, allowing the DHCAC to purchase books for over 1500 students attending three different performances and sending Kevin Reese to Gove Elementary for a mobile residency. A new partnership with the Boys and Girls Clubs of Palm Beach County resulted in two weeks of residencies with Missoula Children's Theatre producing two musical productions each performed after just four days of rehearsals during the summer of 2022.

In addition to the Center's annual professional series, the DHCAC has been able to offer numerous special programs through partnerships with organizations like the One Love One Community, Norton Museum of Art, The Kravis Center for the Performing Arts, Palm Beach Opera, Arts-4-All Palm Beach County, Palm Beach Symphony and the Boys and Girls Clubs of Palm Beach County, to name a few. For 30 years, the Center worked with local volunteers to produce and present the Annual Living Christmas Tree performance, serving thousands of residents. Numerous local community businesses, organizations, schools and non-profits have partnered with the DHCAC for performances, pageants, recitals, meetings, and other activities, truly making it a center for the community!

For additional information about the Center’s outreach and partnership, contact Vera Valerio at 561-993-1161.