Roosevelt Junior College, Palm Beach County’s first institution of higher education for African-Americans, opened its doors to students in the fall of 1958. Britton G. Sayles served as the president of the college as well as the principal of the all-black Roosevelt High School, which shared its campus with the junior college for the first year. Over its seven-year history, the college grew in stature and in size, gaining accreditation from the Southern Association of Colleges and Schools and membership in the American Association of Junior Colleges. The college became an educational and cultural pillar in the community, creating opportunities for black students to advance their education and enrich their lives.

The push for integration prompted the Board of Public Instruction to close the school in 1965 and send its students and some faculty to Palm Beach Junior College (now Palm Beach State College). Forty-eight years later, Roosevelt Junior College lives on in the hearts and minds of its alumni, employees and the community. 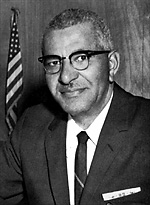 The ceremony honored Sayles and highlighted the total renovation of the building to provide a more conducive learning environment for students. At the rededication, a cast bronze plaque with a relief bust of Sayles was unveiled at the entrance of the building.

Former students, employees and friends of Roosevelt Junior College were special guests at the event.

Since 2006 Palm Beach State College has been reaching out to the former staff and alumni of Roosevelt Junior College in an effort to document and commemorate this important part of the history of both Palm Beach State College and RJC, which was the first institution of higher learning for African Americans in Palm Beach County. R.J.C. opened its doors to students in the fall of 1958. Britton G. Sayles served as the president of the college as well as the principal of the all-black Roosevelt High School, which shared its campus with the junior college for the first year. Over its seven-year history, the college grew in stature and in size, gaining accreditation from the Southern Association of Colleges and Schools and membership in the American Association of Junior Colleges. The college became an educational and cultural pillar in the community, creating opportunities for black students to advance their education and enrich their lives. The push for integration prompted the Board of Public Instruction to close the school in 1965 and send its students and some faculty to Palm Beach Junior College (now Palm Beach State College). Today Roosevelt Junior College lives on in the hearts and minds of its alumni, employees and the community. The memories and experiences of the staff and students who attended R.J.C. represent a precious resource that is rapidly disappearing.

Our concern was that if we did not act quickly a vital and important component of the history of the first public community college of the state and the only African American junior college of Palm Beach County would disappear. Our goal with this project is to create a permanent digital record of the oral histories and stories of the individuals whose lives were changed by attending R.J.C. and by its merger with Palm Beach Junior College.

Our intent is to share the archives with various states and national historical agencies including the State Library of Florida, the Palm Beach County Historical Society, the Internet Archives and History Makers, the Nation's Largest African American Video Oral History Collection- www.thehistorymakers.com/makers/lawmakers and others as deemed appropriate.

"It was an opportunity to do something that I had wanted to do and hadn't quite figured it out how I was going to do it."

"I had dreamed of going to College.  Roosevelt Junior College gave me that opportunity to fulfill a silent dream."

"It was important to our Community...I would like to say thank you to Dr. Gallon and Palm Beach State College, because Dr. Gallon in his work with you and with us, he has eased a pain...he has healed the sore that was there, because we were so bitter about how we were treated...there was no merger, they just took over and closed...we do feel that it is a merger today."

"It was the right community for the Junior College."

"They were good students, very respectful, and I respected them. I loved them."

Robert (Bert) Johnson (lawyer, School Board and Board of Trustees)   VIDEO CLIP

"We were wearing two hats, but we were doing the same thing. We were desegregating, integrating the college here and the college on Roosevelt Avenue was being taken away. We were doing that. The administration of doing it was left to the Superintendent and the President of the Community College. We said desegregate. I don't think any of the Board members said 'I don't want to hear anything about it. I don't want any trouble.' All of us made ourselves available to any individual community group if we were called."

"My favorite memories at Roosevelt Junior College were the instructors."

"There was a Roosevelt Junior College where the Black Folks when they couldn't go anywhere else and that we in fact attended a brand new Junior College facility on 15th Street of the Hood, they would probably say today. We would probably say in the heart of the community back in the 60s. That it made a significant contribution to the educational well- being and growth of the Black Folk in Palm Beach County."

"They (students) were happy for the opportunity to continue their education at Roosevelt Junior College....We were happy to work with them."

"The Junior College itself was good for the community, because there were a lot of people that would not have had the opportunity to get a higher education after leaving high school. So that was a big, big mark for the community when that was finally set up there on 15th Street." 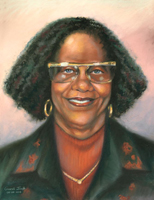 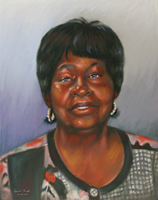 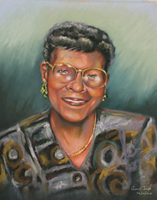 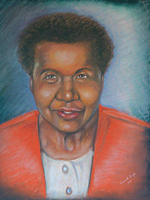 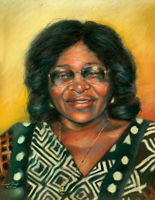 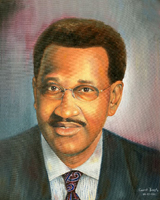 I enjoyed my working years and the personal contact. There was a close relationship between faculty and students.
Margaret Richardson - Employee

Roosevelt Junior College gave me the foundation for getting my first job, in addition to continuing my education at Barry University. I made honor roll for two years.  It was a family-like atmosphere. Instructors were dedicated to teaching us to learn. Dr. Walter Lock made each of us in class sing individually and play a song on the piano (hilarious). Mr. Hawkins made sure he pushed everyone into 6 feet of water in the pool and said, "Swim." It was truly funny to see students fighting to get to the top of the pool for air. Dr. Carlton Bryant was certainly a unique instructor.
Mary Edge McGee - Student

Roosevelt Junior College motivated me to continue pursuing my education, and I went on to earn a master's degree.  My favorite memories are being with close friends, the support system, the social activities, homecoming and Bid Whist challenges.
Annie Ruth Wilburn Nelson - Student

Ever since graduating from RJC, success has been my friend.  My favorite memory of RJC is having fun while learning.
Lillie Clemons Wilson - Student

The five years that I worked at Roosevelt Junior College was a very exciting time in my life. Specifically, in August of 1960, I received a Bachelor of Science degree in Library Science from FAMU. In September 1960, I was hired by President Britton G. Sayles as an Assistant Librarian. Most importantly, this job afforded me a chance to execute everything that I had been taught in library school. In addition, at Roosevelt we were a very close knit faculty who worked with recent high school graduates to grandparents that were really hungry and excited about getting a college education.
Idella B. Wade - Employee
1960 - 1965

My accomplishments/achievements have far surpassed the education I received at RJC....Store Manager, Accounting, Business Management, Secretarial,and most of all, how to cope with everyday living here, still, in the ever- changing , Palm Beach County!!

Although, I was a very quiet person in high school,(Roosevelt High), when I attended RJC, I was encouraged by my Physical Ed. teacher to try out as a cheerleader for the basketball team. With the help of Cynthia Cartwright, I made it as a RJC cheerleader!! The only downfall is the school did not have enough players to form a team, so I never got the chance to show how loud I could really be!
Ruth Osborne Boyer - Student
1963 - 1965

Roosevelt Jr. College enhanced and embellished the high school education I received at Carver High School in Delray Beach FL. The courses that were offered were of very high quality and taught by teachers that were very excellent in what they taught. One class in particular, my speech class, prepared me for impromptu speaking that I would be called upon to do many times in the years that lay ahead of me from 1965. I believe that I got a first rate AA degree and am very proud of having received it at Roosevelt Jr. College.

While at Roosevelt Jr. College (my sophomore year), I was privileged to serve as Student Body President. During this time, representatives from the Social Security Administration came to campus and administered a federal examination for employment. I took the test and apparently did well on it and was subsequently offered a job after graduation. I began working for the Social Security Administration in 12/1965. Though I took a sabbatical for 8 years from 5/1983 to 9/1991, I am proud to say that I enjoyed a long and distinguished career and recently retired from Social Security (12/24/2004) after 31 years. I do not believe this would have been possible had I not been a student at Roosevelt Jr. College. This College provided the stage for my life's work and I shall be eternally grateful.

My favorite memories would be the time that I had with special friends and even some family members who also attended the school the same time that I did. It was a carefree time. A time when I was fresh out of high school and attending college and making decisions on a higher level than when in high school. I shall cherish this special time in my life from 1963 to 1965. I was honored to graduate in the class of 1965 as the salutatorian. My education at Roosevelt Jr. College did indeed serve me well.
Carolyn Burgess Holloman - Student
1963 - 1965