Stories from the Past! 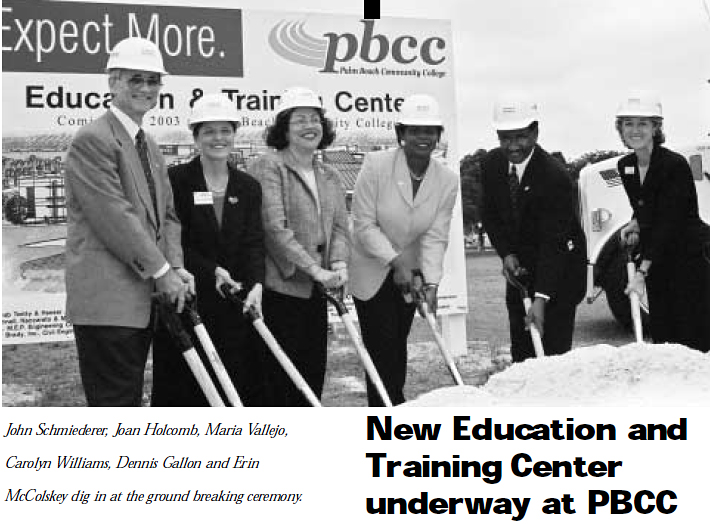 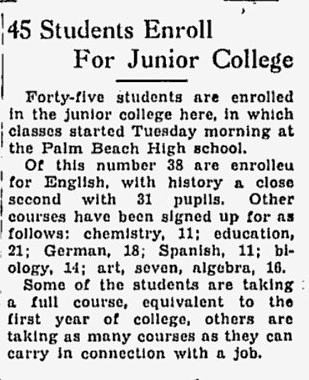 "This national award spotlights our continuous efforts to ensure that our curriculum is flexible, responsive and in tune with what our students need to be successful. This could not have happened without the faculty's support and leadership and our administrators willingness to take risks," PBCC President Dr. Dennis P. Gallon said.

The College realigned its curriculum into the Career Pathway model to allow students to seamlessly progress through career pathways. Students can start in clock-hour based instruction and transfer that learning into credit-based Associate in Science degrees. Along the pathway, students can use exit points to employment with recognized certificates. Expanded program information developed in part through the federal Title III grant helped to communicate the model to students.

"Our goal as we developed the career pathways was to make it easier for our students to see the linkages between programs and career opportunities, allowing them to progress smoothly in their chosen career paths. The dramatic rise in numbers of students completing these programs indicates that they are taking full advantage of the model," Dr. Sharon Sass, PBCC vice president of academic affairs, said.

Under the Career Pathway model, program completion rates have soared from 423 certificate graduates in 2001 to more than 1,800 during 2005.

PBCC earned the top honor from a field of more than 60 nominations nationwide in the instructional category. 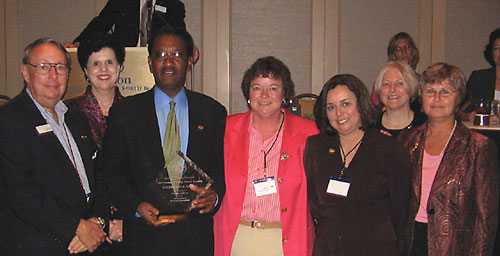 Women champions from the 70's 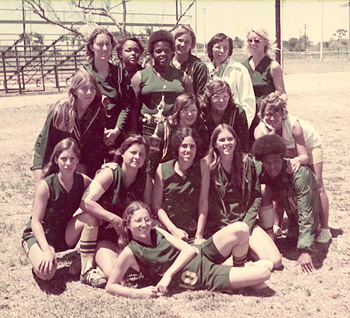 Blast from the Past: PBJC Women Take 1st in State for the First Time 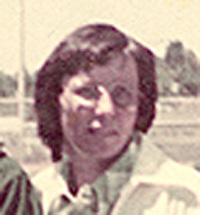 When PBJC freshman Deidra (DeDe) Clayton saw her softball coach for the first time during tryouts, she thought she was Billie Jean King. The fact that she wasn't may have emboldened Clayton to tell Coach Bobbie Knowles in the fall of 1973, after a few practices, that she was quitting.

“Give me one month,” Coach Knowles pleaded, “and if you want to quit, you don’t have to come back.”

Knowles and Sarah Quisenberry, assistant coach, took each player one on one, driving line balls at them. “You had to catch them or eat them,” Clayton recalled.

While the boys’ baseball team had their own diamond, the girls practiced on a soccer field and played their local games at Pence Park in Boynton Beach. The summer after they won the state championship, they traveled all over Florida, Georgia and Tennessee, paying travel costs from their own pockets because the team had no sponsors. They won a summer regional tournament in Nashville.

Local citizens filled the bleachers when they played, and they averaged 12 runs a game. Their cumulative batting overage was over .300.

The state championship game was described by “The Palm Beach Post” on May 2, 1974, enthusiastically:

“In true storybook fashion, the women of the Palm Beach Junior College softball team stormed back from a stunning loss to a smashing triumph at St. Petersburg to win PBJC’s first intercollegiate championship.”

The Pacers, as PBJC’s athletic teams were called back then, scored in every inning against Miami Dade South after losing to them earlier in the tournament. Left fielder Clayton batted .447 during the championship playoffs and led in homers with five. Women’s athletics at PBJC, which began in the 30s with volleyball and tennis (they were called “The Rebelites”), had achieved their first state title at the College. Knowles and Quisenberry, who had recruited top high school athletes from the area, “laid the foundation for modern women’s sports at PBCC,” Clayton said.

Bobbie Knowles was more than a coach to Clayton and the other players; she was an inspiration.

“The best coaches understand that when you feel valued and respected, you give more of yourself and perform at a higher level,” Clayton said. “Coach Bobbie Knowles helped me to feel competent and confident in all my abilities to reach my academic and athletic goals.”

Clayton attests to the numerous qualities Knowles instilled in her and no doubt others with a long list that includes self-worthiness and turning the negatives of life into positives. Indeed, she and first basemen Denise Winnett were awarded full scholarships at the University of South Florida where both earned bachelor of science degrees in education.

“Coach Knowles motivated us and shaped us, and we grew with her,” Clayton recalled. “She used to tell us, ‘It does not matter whether you win or lose, but play your best and know the rules.’”

Back when Professor Buck Rader and his wife, Betty, came to Palm Beach County in 1961, there wasn't much industry here besides IBM. He taught drafting (they called it “engineering drawing”) to PBJC students with a T-square and a drawing board. Two engineering classes were offered: Descriptive Geometry and Engineering Drawing.

Rader set up a testing lab with tension compression machines that tested the psi of bolts and concrete, among other materials. His technical classes had furnaces that melted aluminum and made castings.

“We could make anything,” Rader recalled. “We did a lot of upper-level college work.”

By 1973 he was teaching “History of Technology” for which he and PBJC librarian Benjamin Roberts wrote the textbook, and the college published it. That was before “technology” was a buzz word, and “high tech” was something unheard of.

Later on the administration asked Professor Rader to set up computer classes for students. The College at that time used an IBM 640 mainframe that occupied an entire room. Rader ordered 90 32K Commodores and began classes in Lake Worth, Boca Raton and Palm Beach Gardens.

“We couldn’t open up enough classes,” Rader said, “and we held them from 8 a.m. to 10 p.m. The Commodores were nothing more than fancy typewriters, but the thing snowballed.”

Rader taught at PBCC in Lake Worth for many years before air conditioning was installed; back in the 60s, the College closed for the summer due to the heat. He and his wife Betty Jean vividly remember the Cuban Missile Crisis in 1962.

“We stood in the yard, our son in my arms, and watched the planes, Jeeps and soldiers heading south,” Betty Rader recalled. “Everybody was nervous.”

The greatest change the Raders observed during the years he taught at PBCC, from 1961 to 1985, was the change in the student population. The Raders recall the integration of the College in 1965, the Cuban immigrants, the Vietnamese, and other foreign students as well as visiting student groups from all over the world, including China. Their daughters, Robin Bean and Sybil Burns, were both honor society students at the College. Robin’s husband, Richard Bean, earned both an A.A. and a fire science degree from PBCC. Professor Rader, coincidentally, had initiated the fire science program in 1969.

Before he retired in ‘85, Professor Rader purchased an “elementary and experimental” computer aided design (CAD) system and “fooled around with it a little.” None of the college personnel had personal computers at their desks back then.

“I had taught in Tennessee, Virginia and North Carolina before I came to PBCC,” Rader said. “I decided to come to Florida to see what the two-year college system was all about.”