From its humble beginnings in 1933 with 41 students in a building next to Palm Beach High School, Palm Beach State College has grown to become one of the largest institutions of higher education in Palm Beach County. Currently serving more than 40,000 students annually, the College offers classes at five locations.

Learn all about the College's history and view images and videos from the past. You are invited to re-connect with the College by posting your memories and photos on the Time Passages history blog.

Establishing Florida's first public two-year college in the depths of the Great Depression may have seemed like folly in 1933. Large government expenditures were out of the question. Still, civic organizations and local citizens lobbied the County Board of Public Instruction to open a two-year public college for the area's high school graduates who were unable to find employment and couldn't afford to leave home to attend a university.

County School Superintendent Joe Youngblood and Howell Watkins, principal of Palm Beach High School, consulted with the University of Florida and the Florida State Women's College (Florida State University) and based the College's curriculum on that of the two universities. Because of the Depression-era budget, teachers at Palm Beach High School volunteered to teach at the College for free.

A total of 41 students began classes on Nov. 14, 1933, at the new Palm Beach Junior College adjacent to the high school in downtown West Palm Beach. Youngblood and Watkins (the first dean of the College) founded and nurtured the fledgling institution until John I. Leonard became its first president in 1936. Leonard was affectionately known as "Mr. Junior College" because of his dedication to the students, the College and the two-year college system.

By 1948, the College had outgrown its original building and moved to Morrison Field, a retired Air Force base used in World War II, where the library was housed in a vast airplane hangar and the Officer's Club became the perfect Student Union Building. Just three years later, though, the Korean Conflict erupted, and Morrison Field was reactivated. The air base later became Palm Beach International Airport.

In 1951 Palm Beach Junior College moved yet again, to Lake Park Town Hall, where the quarters were so cramped students had to be turned away, and enrollment dropped significantly to less than 200. Chemistry class was held in the jail. The local media dubbed it "the little orphan college," but the Lake Park location is remembered fondly by its alumni for the camaraderie that existed there. Master English and Speech Professor Watson B. Duncan taught classes in the nearby church and even in the hallway.

Almost five years later the Board of Public Instruction of Palm Beach County donated 114 acres in Lake Worth to the College, and the state gave PBJC $1 million for buildings. The College finally had a permanent home.  Harold C. Manor, Ph.D., became president in 1958 directing extraordinary growth in enrollment, services and offerings, including many technical and vocational programs.

In the 1970s and 80s the College established satellite centers, then permanent locations in Belle Glade, Palm Beach Gardens and Boca Raton. Edward M. Eissey, Ph.D., president from 1978 to 1996, was the driving force behind the building boom and the name change to Palm Beach Community College in 1988.

Dennis P. Gallon, Ph.D., served as president for 18 years, beginning in 1997. Dr. Gallon expanded the College’s comprehensive mission with more workforce education programs and expanded business and industry partnerships. In 2008, the College received State Board of Education approval to offer its first baccalaureate degree, a Bachelor of Applied Science in Supervision and Management. Upper-level courses in this degree program began in 2009, and the College was renamed Palm Beach State College in 2010 to reflect its expanded educational offerings.

1936-1958 - John I. Leonard, county Superintendent of Public Instruction, became PBJC’s first president. He was affectionately known in the community as “Mr. Junior College.”

1948 – PBJC moved to Morrison Field, a deactivated Army-Air Force base, which is now the Palm Beach International Airport.

1951 – PBJC relocated to Lake Park Town Hall. The facilities were so cramped, the college had to lay off faculty and staff and cut enrollment to 200 students. Newspapers referred to PBJC as “the little orphan college.”

1955 – The County Commission gave the college 114 acres in Lake Worth, and the state legislature passed a bill funding over a million dollars for buildings. The college reopened there in the fall of 1956.

1965 – During the height of the Civil Rights Movement, Roosevelt Junior College merged with PBJC, a mostly white college.

1968 – PBJC, which had been legally governed by the Palm Beach County school district, came under the legal custodianship of a Board of Trustees.

1988 – The Board of Trustees approved a name change to Palm Beach Community College to more accurately reflect the broad scope of College programs and services.

2008 – State Board of Education gives approval for PBCC to offer its first baccalaureate degree, a Bachelor of Applied Science in Supervision and Management.

Watson attended the Epworth Boarding School in South Carolina where he worked in the print shop. He attended the University of South Carolina where he earned B.A. and M.A. degrees in English. He also did graduate work in 1961 at the University of Birmingham in England at the Shakespeare Institute and Royal Theatre. In 1948, he began teaching at Palm Beach Junior College, whose campus at that time was located at Morrison Field in the old Army Air Corps complex. When the College was displaced by the field's reactivation during the Korean War, the College relocated to the Lake Park Town Hall. Duncan's classes were so popular that it was difficult to find a classroom large enough for the many students who wanted to take his classes in English literature.

But the true mark of his teaching is alluded to in a book dedication written by John A. Vance, one of Duncan's former students - "For Watson B. Duncan III - A teacher affects eternity; he can never tell where his influence stops." He inspired nationally known figures such as actor Burt Reynolds, actor Monte Markham and writer Terry Garrity to their professions. Reynolds even gave Duncan a small part in his 1976 film Gator. But perhaps to Duncan, the true mark of influence may come from those he inspired to teach. Many former students said that they teach today because of Duncan: "I became an English teacher because of him. I knew if he had that much passion for the spoken word, I could too. We were so blessed to have him at our school!"

"Best teacher I ever had. Always looked forward to his class because you never knew what he would do next to make the material so fascinating."

"He would walk the aisles during exams coughing and making all kinds of weird noises, just to lighten the moment. Everyone would crack up, while we were supposed to be serious and taking a test. THE BEST!"

"He brought Shakespeare and Chaucer to life! I adored his class. One of the most memorable professors I ever had. Sometimes he was so good at engaging us in his lectures that I forgot to take notes. Then, I'd quickly recover and continue because you had to know DETAILS to pass his tests! Loved, loved, loved his Brit Lit classes."

"My favorite quote: "There may be snow on the mountain but there's a fire burning below"..."

"Best teacher I ever had, and also served as my advisor when I was President of Phi Rho Pi. Every time I drive by the theater that bears his name, I say a little word of thanks!" 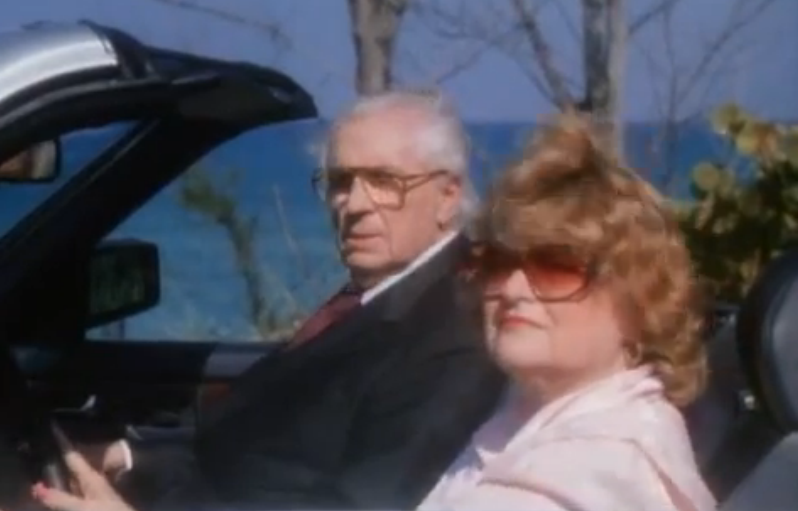 Watson B. Duncan and his wife Honey Duncan made a cameo appearance on the 1989 television show B.L. Stryker with Burt Reynolds.

Stories From the Past

Do You Know Me?    Help identify those in photos. 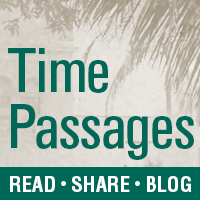 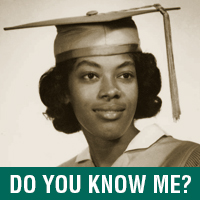 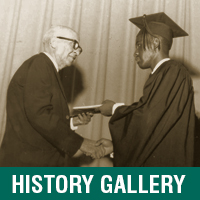