We are ready to serve you – don’t hesitate to contact us with any questions or concerns. 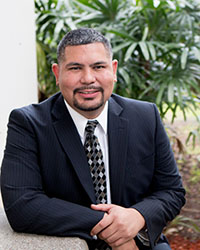 Luis is a veteran of the U.S. Army with deployments in both Iraq and Afghanistan as an airborne combat engineer. He was wounded in Afghanistan during a route clearance mission when two rocket-propelled grenades struck his Humvee. After the ambush attack, he was evacuated from the theater due to his wounds. His service spanned seven years of active duty and three years in reserve. He understands firsthand the many challenges student veterans face when transitioning back to civilian life and attending school.

Luis’ passion for helping student veterans began when he was hired as a VA work-study student during his first semester of college in 2010. His work-study opportunity put him on a path to securing a part-time position and eventually full-time employment. His previous roles include coordinator of veterans services at Broward College, veterans academic advisor at Palm Beach State College (Palm Beach Gardens campus), and assistant director for the Military and Veterans Student Success Center at Florida Atlantic University. He holds an Associate in Arts degree from Broward College and bachelor’s degrees in public management and criminal justice from Florida Atlantic University. 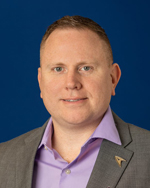 Brian has achieved an Associates of Arts degree from Miami Dade College and a Bachelors degree in Business Administration from Florida International University. He has a passion for traveling, scuba diving and aviation. He is also a Commercial Rated Pilot who has served as Captain in several aviation companies and has traversed the skies of the Northern Mariana Islands, the mountains of Utah/Arizona, and has flown as a Bush Pilot in unforgiving Alaska. He currently serves our PBSC Military Veterans and the families of Military Veterans as a Veteran Specialist. Brian although not a Veteran, has many friends and family that are Veterans along with his father who served in the US Navy on nuclear submarines to protect our country. He has joined the Veterans Affairs Department at Palm Beach State College in March of 2021 as a (SCO) School Certifying Official where he meets with Veterans regularly to help ensure they get the most out of there VA benefits and to help ensure their College Success. 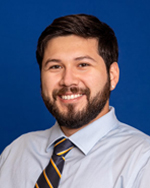 Kevin is striving to make the most out of his educational benefits and likes to pass off what he has learned and experienced to others attempting to do the same. He reviews and selects students to receive scholarships that provide financial support for those in need.

On his time off he likes to play games online with old friends from the Army. It’s incredible to be able to keep such strong bonds alive from across the country. 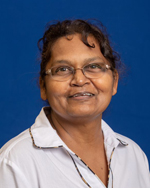 Maureen is a Veteran of the U.S. Army and has served in Korea, Washington State and Washington, DC where she was assigned to White House Communications Agency as a Finance Specialist and Operations Officer. She supported Presidential, VP and First Lady travel under the Clinton and Bush Jr. Administration. After the military, Maureen worked on Dept of Defense special projects through DARPA and OMB at the Pentagon.  Maureen obtained her BA from Herbert Lehman College in the Bronx, NY majoring in Dance/Theatre Education and her MS in Education from Old Dominion University in Virginia. Maureen has worked as an Educator, Financial/Budget Analyst, Testing Rep and now Academic Advisor. She is passionate about supporting students as they pursue their personal, academic, and career goals. Maureen loves traveling, outdoors activities, volunteering and watching movies. 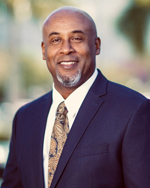 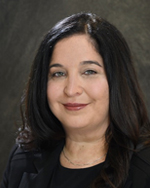 Erica brings experience in higher education career and academic advising since 2005 and is honored to have the opportunity to specialize with the veteran population.  Over the years, she has worked with students, alumni, faculty, and community partners.  Erica has assisted students from career and course selection to obtaining employment.  Additionally, Erica has organized and led workshops, job/internship fairs, and on-campus career and academic-related programs.  Prior to becoming an advisor, Erica supervised middle and high school students for an international non-profit organization.  Her responsibilities included training student leaders, managing chapters, and running large-scale community events and fundraisers.  Erica holds a Bachelor of Arts Degree from the University of Florida and a Certificate in Human Resource Management from Florida International University.

John, who everyone calls Johnny, has been an academic and career advisor at Palm Beach State College since 2011. He earned a bachelor’s degree in communications from the University of South Florida and a master’s degree in rehabilitation counseling from Florida Atlantic University. John is also a board member of Work Opportunities Unlimited, which helps people with disabilities find employment, including disabled veterans. While not a veteran himself, members of his family have served in every branch of the military—beginning in World War II and including the Vietnam War and the post-9/11 wars in Afghanistan and Iraq—making him especially appreciative of each veteran’s service and sacrifice. John truly enjoys working with PBSC’s student veterans and is proud to advise and assist them in any way he can. 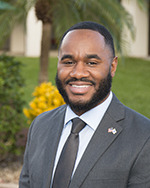 Christopher is a U.S. Army veteran who served 12 years of active duty with two deployments in support of Operation Iraqi Freedom. He enjoys working with students to find the unique balance of challenges, support and motivation that each one needs to develop and flourish throughout their college career. He gained a passion for serving and helping veterans while serving as an instructor at the U.S. Army Quartermaster School in Fort Lee, Va. During his career in higher education, he has worked as a school certifying official, college registrar and academic advisor. He holds a Bachelor of Science degree in Biblical Studies and a Master of Education degree in Teaching and Learning from Liberty University. 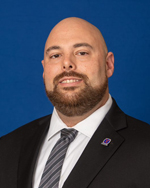 David Fleisch is the TRiO Student Support Services Veterans Advisor for the Palm Beach State College Lake Worth Campus operating out of the Veterans Success Center. My goal is to deliver unparalleled service to my fellow veterans striving to better themselves through academic pursuits. I previously served the United States Army in an Active component and had contributed to Operation Enduring Freedom XI. I have been serving veteran students and their families at Palm Beach State College since 2017. I am an active member of the Veteran community with outreach partners such as the Veterans of Foreign Wars, Wounded Veterans Relief Fund, The Wounded Warrior Project, Unified Dream, The Eagles, The Boynton Beach Veterans Task Force, and The Veterans Administration. I currently hold a Bachelor’s Degree in Supervision and Management from Palm Beach State College. I am in pursuit of a Certificate of Professional Preparation in Project Management and a Masters degree in Business Administration. 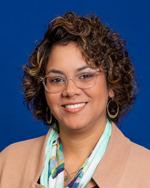 Joanette was born in Clarksville, Tennessee to Puerto Rican parents serving the United States Army and Department of Defense. As a result she was blessed to grow up in Germany, North Carolina, Puerto Rico, and Virginia. She graduated with the class of 2008 from Mary Baldwin University (Go Fighting Squirrels!) located in Staunton Virginia. Joanette is happily married to USMC Veteran, and mother.

Joanette has worked for fourteen years in Higher Education student services as an advisor, counselor, and manager. She enjoys helping students achieve their education and career goals. She loves the local church and is a member of Iglesia Cristiana Segadores de Vida. Since surviving her battle with Breast Cancer in 2020, Joanette discovered her greatest passion for prayer, travel, small group Bible studies and writing. 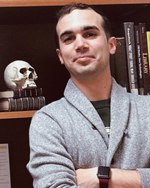 Damian is a U.S. Army veteran who served four years of active duty with one deployment in Iraq. After his service he personally experienced the difficulties that veterans can sometimes face in understanding and using their benefits. From his experiences he wishes nothing more than to help student veterans succeed as they transition to civilian life. Damian was previously a part-time librarian, and a part-time English/writing learning specialist at the Loxahatchee Groves campus. As a librarian he is ready to help student veterans with all of their research needs as they face an exciting new world of possibilities. He holds a Bachelor of Arts degree in Interdisciplinary Studies: Arts and Humanities from Florida Atlantic University, and a Master of Arts degree in Library and Information Science from the University of South Florida. 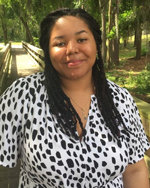 Raychell joined the PBSC community in 2017, but first experienced what we have to offer as a dual enrollment student in high school. Although she has not served herself, she comes from a family of servicemembers and has personal experience dealing with VA dependent benefits. It was while she was working in the library as an assistant, that she realized the need for library services catering to veterans and their family members. She’s honored to be a partner with Veterans Services and looks forward to working with our students to best aid them in their college careers, imparting skills to help them succeed beyond graduation. Her focuses include Public Safety, Social Sciences, and technology, but she’s always ready to help with a question – no matter the subject area. She received her Bachelor of Arts degree in Sociology, with a minor in Criminal Justice, from Florida Atlantic University, and her Master of Science in Information from Florida State University.